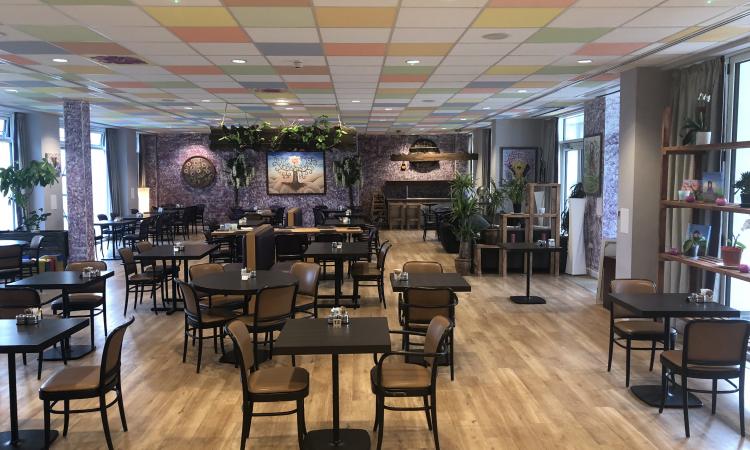 The Guernsey Housing Association (GHA) is seeking a new tenant to run the restaurant, currently called Magnolia Tree, at its extra-care development at Le Grand Courtil in St Martin’s.

The current tenants are moving to a new venture at The Last Post so the opportunity has arisen for a new proprietor to operate the restaurant, which has a requirement to cater to the residents of the development but is also a commercial prospect.

Alongside the core business there is scope to operate a takeaway or outside catering business thanks to a large, modern and fully equipped kitchen.

Rock Commercial is acting as the sole agent for the premises and director Peter Van De Velde said that the restaurant represents a rare proposition for Guernsey.

“It’s extremely rare that a commercial premises becomes available with a kitchen that is not only equipped to an extremely high standard but is already operational and ready for trading,” said Mr Van De Velde.

“With a kitchen and premises of this size and quality there’s clear scope to run a fairly sizeable commercial food operation in a great location. St Martin’s village is surprisingly lacking a café so there’s a gap to be filled and the right tenant could really become part of the community.”

The GHA has restaurants in both of its extra-care developments, at Le Grand Courtil and La Nouvelle Maraitaine, which are designed to allow residents to live independently but with the reassurance of on-site support if needed.

New tenants for Café Amiti, at La Nouvelle Maraitaine, took over the premises in August 2018 and have been successful in making it a hub for the community.

Steve Williams, chief executive of the GHA, said: “We want our extra-care developments to be communities and the restaurants can be a big part of that, as we have seen with Café Amiti at La Nouvelle Maraitaine.

“While it’s a requirement for any tenant to serve our residents they can of course also explore other commercial opportunities and make use of the fantastic kitchen facilities on site.”

Anyone wishing to apply to run the restaurant should have catering experience and should contact Mr Van De Velde at Rock Commercial on 01481 728559 or peter@rockcommercial.co.uk.